At the beginning of the XIX century Ulldecona is a village of a certain importance within the closest territorial framework, fortified town with walls, four convents, five churches and impressive stone buildings, Ulldecona has always been a basic communication nucleus between Catalonia and Valencia. In ancient times, the Roman Via Augusta passed through its municipality. Just as an example, Ulldecona was the first village of the Montsià region with its own philatelic mark since 1834. Its inhabitants participated in the independence war against Napoleon´s troops and Ulldecona was an important Carlist town.

The second half of the 19th century correspond to its modernization, the arrival of the railway with the opening of the station in 1867, the demolition of the wall and the plaza tower will determinate the town evolution.

Once the train station and its services and facilities (hangars, platforms, stores etc…) were fully urbanized, the used lands were auctioned by the Town Hall. During this first expansion area of Ulldecona, factories, warehouses and transport companies were settled. 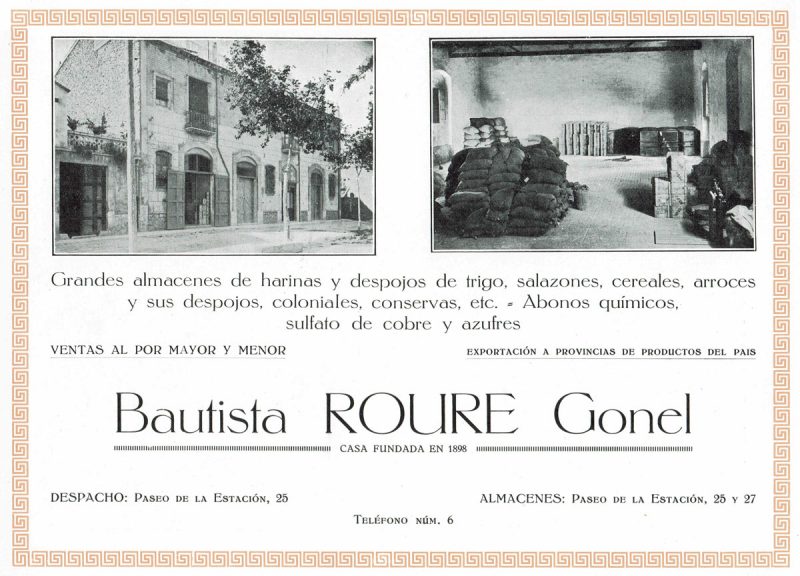 Casa Roure opened in 1897. Mr Bautista Roure Gonel was a skilful businessman who, born in Sant Mateu made his fortune selling flour and grain from town to town. His store of flour, grain, farm products and canned and salted foods, next to the railroad track, was one of the most important ones, and people came from the neighboring villages like Alcanar, Vinaròs, La Sènia, Fraginals, Godall… Mr. Batista Roure Gonel was a progressive-minded person, in 1921 he became president of the League of Human Rights and in 1931 was mayor of Ulldecona; it was him who made the public announcement of the Republic proclamation. The civil war (1936-1939) put an end to his luck, he suffered bad experiences with both sides and finally died in 1939. His son, Joan Bautista Roure Agramunt, continued with his company until the 1970s. Then, the changes in social relations and customs, together with the loss of importance of the village made those  big warehouses senseless and with no futur. From the late 1970s until mid-1990s a factory of synthetic resin (poliester) figures was built there, and from late 1990 until 2018 the spot, now hosting Lo Paseo, used to be a car park. 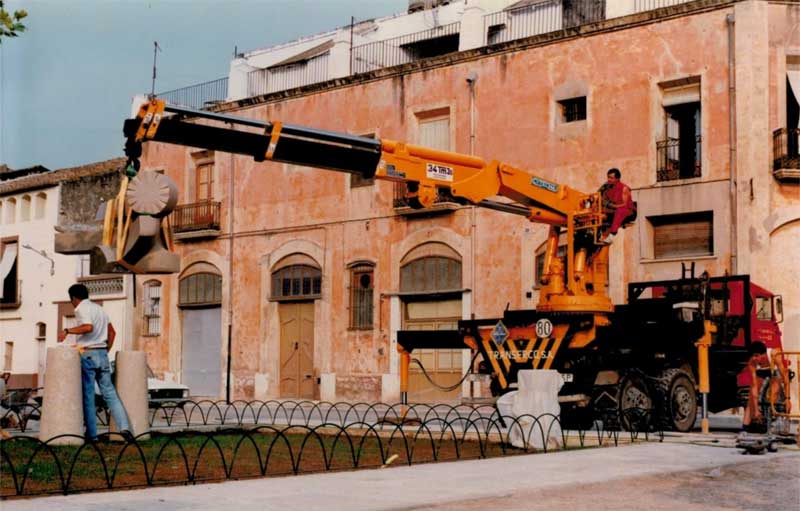 Lo Paseo is the popular name which always have had the railway station promenade. This wide street next to the railway has had several names during the XIX and XX centuries, but in Ulldecona has always been known as restaurant Lo Paseo. Even though it does not strictly conform with the Catalan spelling rules we have decided that this must be the name of our restaurant, attaching more importance to the customs than to the norms. 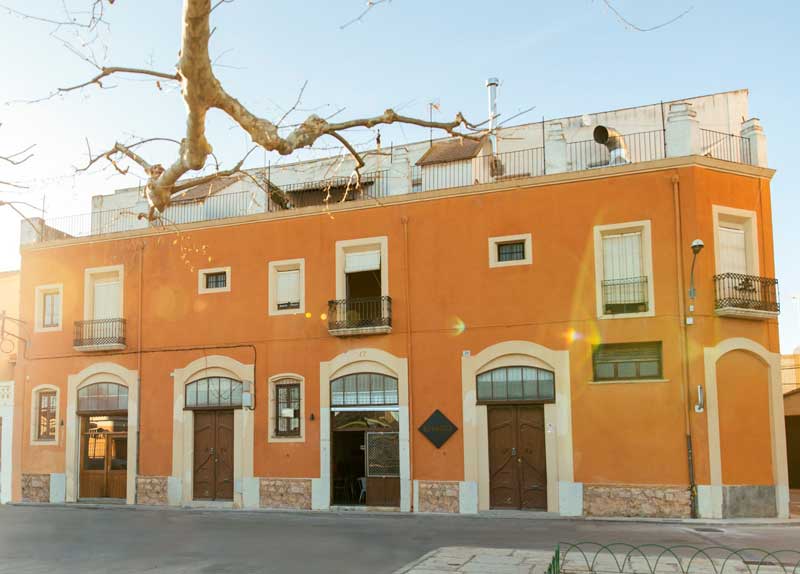 We open on Saturday, March 16th

We really like these images of silence. The look of our photographer (Noa Wu) on these surfaces and materials gives them a renewed life. These images on details explain Lo Paseo better than a thousand words. Informal space, gastronomy and km0 cuisine.
We love to see when Jordi smiles. To tile is the fine work of the pallets and where you can see the quality and experience. ConstruQuality of all confidence, rigor and care for the finishes. Above all, we love to see when Jordi smile.

We do not want to hide anything at Lo Paseo. We want you to be very pleased at Lo Paseo. These large metal tubes will make us feel comfortable, will bring hot or cold air depending on the season, without uncomfortable noise and with a careful circulation and renewal of the air. Behaviors and conductors who spent a few days working in our house so that it could be your home.

The painters have already come. We have used to warn Juanma and come to paint the roof just before the air ducts come. That was how they could do it faster. He hardly seems like he, disguised as “Ghost buster”. They will return at the end of the works to review and finish painting. A pleasure for Lo Paseo to count on them.

Hydraulic paving is a treasure of the past. They were very popular from the nineteenth century until the middle of the twentieth century. On Lo Paseo, we wanted to recover them and make them our image, restored by expert hands to be able to enjoy this jewel many more years. Always innovate with the feet well stuck on the floor, like our cuisine.

Every job that works in our reform plays a key role. Always whitewashed plaster casters have covered the ceilings with a flammable layer and the walls with plasterboard coatings to ensure the best comfort. Gasparin brothers come from La Rápita and they are great professionals.

The reform of the venue that will be hosted by Lo Paseo has not been easy, the work with ConstruQuality has been paramount. Jordi had been doing the reform of Las Palmeras and, previously, Casa Ramon, restaurants of Les Cases d’Alcanar, having experience, attention to detail and office to work with renovations of old houses has been essential for us.

It has always been said that the most important are the details and that an image is worth a thousand words.

La Noa has learned to capture these details that explain better than a thousand words the sensations we want to convey with this project.

Every project needs to be planned as accurately as possible, so meetings need to be made where each one contributes from their experience to add up and achieve the minimum of unforeseen circumstances. A great team for a great project. Lo Paseo.